Nihon Hustle is reader-supported. When you buy through links on our site, we may earn a commission.

Considering Remitly for Your Next International Money Transfer? This Review Should Help you Decide.

You would never know by its heft, but Remitly is a relatively new kid on the block when it comes to the international money transfer scene. Founded in 2011, by former Barclays Kenya Internet and mobile banking chief, Matt Oppenheimer, this Fintech powerhouse is serving up the competition in the multi billion dollar money transfer market. And, with a 2019 infusion of $220 million in capital, the Seattle firm is setting it's eyes on speed.

Money transfer companies make their money on exchange rate markups and fees, and the competition is stiff, and Remitly is betting it's money on making a difference by zeroing in on transaction speed. (Source: Forbes)

The company already has heart in their business, having launched the effort in 2011 with the goal of helping immigrant families transfer money back home to their relatives, mainly in The Philippines. These days, you can transfer money internationally to 50 countries, from 59 countries (as of February 8, 2021).  Japan, of course, is one of those countries you can send money to from a number of others. Let's take a look.

What are the benefits of using Remitly to transfer money internationally?

If the recipient of your international transfer doesn't have a bank account, or simply prefers to deal with cash, Remitly offers the ability in a number of countries for cash pickup. As long as the recipent has a government-issued ID, this sort of money transfer opportunity is available to them. Remitly cash pickup locations are part of it's nationwide coverage of  the Philippines, Mexico, Colombia, the Domincan Republic, and Guatemala (Source: Remitly)

Money transfers can be picked up any of these locations in cash for up to 60 days, and no fees are charged to the recipent receiving the money transfer (Source: Remitly / as of June 18, 2021)

2. Fees Comparable to other Remittance Companies

Like Wise, and Paypal Xoom, Remitly offers competitive rates, without markup fees on exchange rates. The fees they do levy are based on the speed you choose for your digital remittance. So, since their exchange rates should be roughly in line with Wise, who is using the mid-market rate, you'll want to compare based on where you might be sending your money from, as well as how you want it delivered, and how fast.

When it comes to entrusting the sending and recieving of money across the globe, I think character counts. As I wrote above, Remitly's origin began with the intent to help immigrant families transfer money back to their home country of The Philippines. It has since expanded to throughout the globe, helping people transfer money from bank to bank, bank to location with the ease of technology and low fees. In Vietnam, they actually support home delivery. Remitly is now available to send money abroad from 17 countries, including: Australia, Austria, Belgium, Canada, Denmark, Finland, France, Germany, Ireland, Italy, Netherlands, Norway, Singapore, Spain, Sweden, the United Kingdom, and The United States. You can send money to 88 countries using Remitly's international transfer service. One of those countries, of course, being Japan.

Remitly offers four ways to deliver a remittance: bank transfer, cash pickup, home delivery, and mobile wallet. You can use Remitly's app, or their website to facilitate your transfer.

Just for Japan: Where to pick up your money…

Remitly's service creatively connects its deliveries to the end recipient through partner banks. In Japan, they work with the biggies, so you should be in good shape. Currently, Remitly's bank partners in Japan are: MFUG, JP Bank, Mizuho, SMBC, Resona and Fukuoka Bank.

Money can be sent to Japan, for example, using CAN, EUR, GBP, USD currencies (this includes credit and debit payments as well as a PayPal balance) and cash can be delivered on pickup within Japan.

Funding options differ depending on the country in which you live, but the ability to send money in a variety of currencies using cash, so it can be received as cash is one advantage to using Xoom over Wise, if that is a preferred option.

As mentioned earlier, Remitly has invested a significant amount of money in upping the ante on the delivery speeds of their international transfers. They have essentially two tiers as of this writing (June 18, 2021). Their Express Transfer pricing tier shuffles money from sender to recipient immediately using a debit or credit card. Economy money transfers take about 3-5 days to travel to the remittance recipient, and the transfer fees are lower as a result.

7. How is Remitly's Customer Service?

Remitly offers 24/7 assistance to customers and can be reached via chat, phone, or email. Their telephone number is: 1-888-736-485 and their customer service email is: service@remitly.com

8. Is there a Remitly Referral Program?

I'm always a fan of a good discount, and Remitly offers a promotional discount for your initial transfer. They also have a referral program, so if you have a lot of friends with the need to transfer money around the world, well, why not earn a few buck for spreading the word, right?

Here in Japan, I tend to use TransferWise (now, Wise) because of their no fee transfers. I enjoy using Wise for all my money transfer needs, but if I needed to pick up cash, then I would most certainly be considering Remitly—particularly if I lived in (or was sending money to the Philippines, or other areas of Latin America). Remitly also gets top scores for sending money to India as well.

Your decision, will of course depend on where you live, what currencies are available to you, and the speed in which you need to deliver your money, just to name a few things you need to be aware of.

P.S. And, don't forget verification takes a while, so if you think you MIGHT have a need in the future to use Remitly (or any other money transfer service) it's best to get started and sign up today so you don't get caught in the waiting game just when you need to send money fast.

Among the fastest money transfer services available. A mission focused on taking care of people who need access to capital no matter where they live. I like Remitly, maybe you will too. 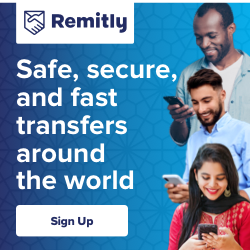 HOT SUMMER SAVINGS! 20% Off For Only Two More Days

Skip my $179 worth of bonuses, and just get Divi's 20% OFF while the deal lasts. Offer ends THIS WEEK!

Get the Summer STEAL.